Betting would be much easier is we had only two possible outcomes. A win or loss for either side. In football, the probability of a third outcome; the Draw practically upsets the playing field. Is the grass even green? Not anymore. Since so many people watch football, apart from the interest in winning, they are often interested in the game and they have their favorites in it too. In asian handicap betting, you can have this awesome opportunity.

The common term for the asian handicap -0.5 is half goal handicap. This is whereby the underdog is given an advantage in half goal increments. On the other hand the favorite is disadvantaged in half goal subtractions. This is expressed in half values such as 0.5, 1.5 and 3.5 which is denoted with a plus or minus sign to indicate direction.

Asian handicap +0.5 indicates that the underdog has a half goal head start while -0.5 means that the favorite starts half a goal down. The head start or disadvantage is added to the final score to determine if your bet was a winner. It is not enough to bet on a certain team to win. You also need to bet on how many goals you think they will win. In half goal asian handicaps there are only two outcomes, you either win or lose. The void or push option is eliminated since no team can score half a goal.

The asian handicap -0.75 indicates that your wager will be split between the half goal handicap and the full goal handicap. Always note to compare prices from different bookies as well as the same bets in different markets in order to lock in the best value opportunity for your bet. The lower margins on asian handicaps often give perceived value because the odds offered are quite close to probability odds. It gives players an opportunity to express their reality; a great team may be in a position of disadvantage yet we cannot call them out as a loss yet. In essence, the 0.5 handicap is a half handicap giving only two possible outcomes while 0.75 handicap has three out of four possible outcomes.

Example how other bookmakers express AH -0.75

Using asian handicap has the advantage of eliminating the draw thus giving a greater winning chance from 33.3% to 50%. This means that regardless of the side you are betting on, the odds you get are as close as possible to even money. The markets are often biased towards asian handicaps and you can get amazingly high prices as compared to the traditional bookmakers.

Most online bookmakers offer the asian handicap odds though we have several specialized asian bookmakers. The spread amount actually represents the views of the betting community in regard to the strength of the two teams. When integers are used for the handicap, the adjusted final score could result in a draw that is then known as a push. The bettors have their stakes returned since there is no winner. The half handicap is applied to eliminate the probability of a draw that would normally result in the void outcome whereby all bets have to be refunded. The .5 (half goal) is referred to as the hook. 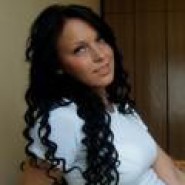 Mary interests include swimming, golf, sports betting and wine tasting. Last of all, she's stimulated by discovering and visiting different places such as Saint Julians -- Malta.

What is Arbitrage Betting?

What is Value Betting?

What is Exchange Betting?

What is Back and Lay in Betting?